Clearwater County is proud of its agricultural history and with many homesteaders arriving in the in the early 1900’s - many farms in the area are, or soon will be, hitting the 100 year milestone.

The Century Farm designation is intended to recognize and celebrate those founding families that own at least 160 acres in Clearwater County, which have been owned/farmed by descendants for at least 100 years.
The Agricultural Services Board will accept and verify applications and select recipients on a case by case basis. Century Farm recipients will receive a plasma cut metal sign.
To review eligibility criteria, click here to see the Century Farm policy.
Century Farm Application form

The Rural Beautification Awards are presented to residents across the county that have been recognized for their hard work and extra effort in creating a beautiful property. Nomination deadline in July 24, 2020. To learn more call 403-845-4444. Click here to complete a nomination form.

The annual rural beautification awards competition was held on August 3, with five judges on the tour representing the horticultural, landscape, agriculture and media industries. After spending the day visiting various nominated properties, winners were chosen in four different categories.

John and Will Paradis came to call the Caroline area home when the family moved there in 1959.  The family farm was the first venture and later came the addition of a saw mill.  The boys would take two days off a week from school to work at the mill.
As they grew up, they were riding anything and everything plus racing in local motorcycle hare scrambles.
As time went on, John and Will realized it was necessary to give back to the west country and began working on neighbourhood trails for snowmobiles and ATVs.
They wanted to make sure the land was looked after so there would be a place for their children, grandchildren and family to go riding.
In 2002, they took part in the formation of the Bighorn Heritage ATV Society. Since that time the brothers have spent countless volunteer hours developing and maintaining trails in the Hummingbird and Bighorn Dam areas.
Given their creative genius and ingenuity, they came up with a variety of techniques and equipment to improve and maintain trails.  Much of their inventiveness has allowed work to be done with small, versatile equipment which leaves a small footprint on the landscape. They have shared their expertise as contractors on the Rig Street Trail project as part of the Clearwater Trails Initiative. 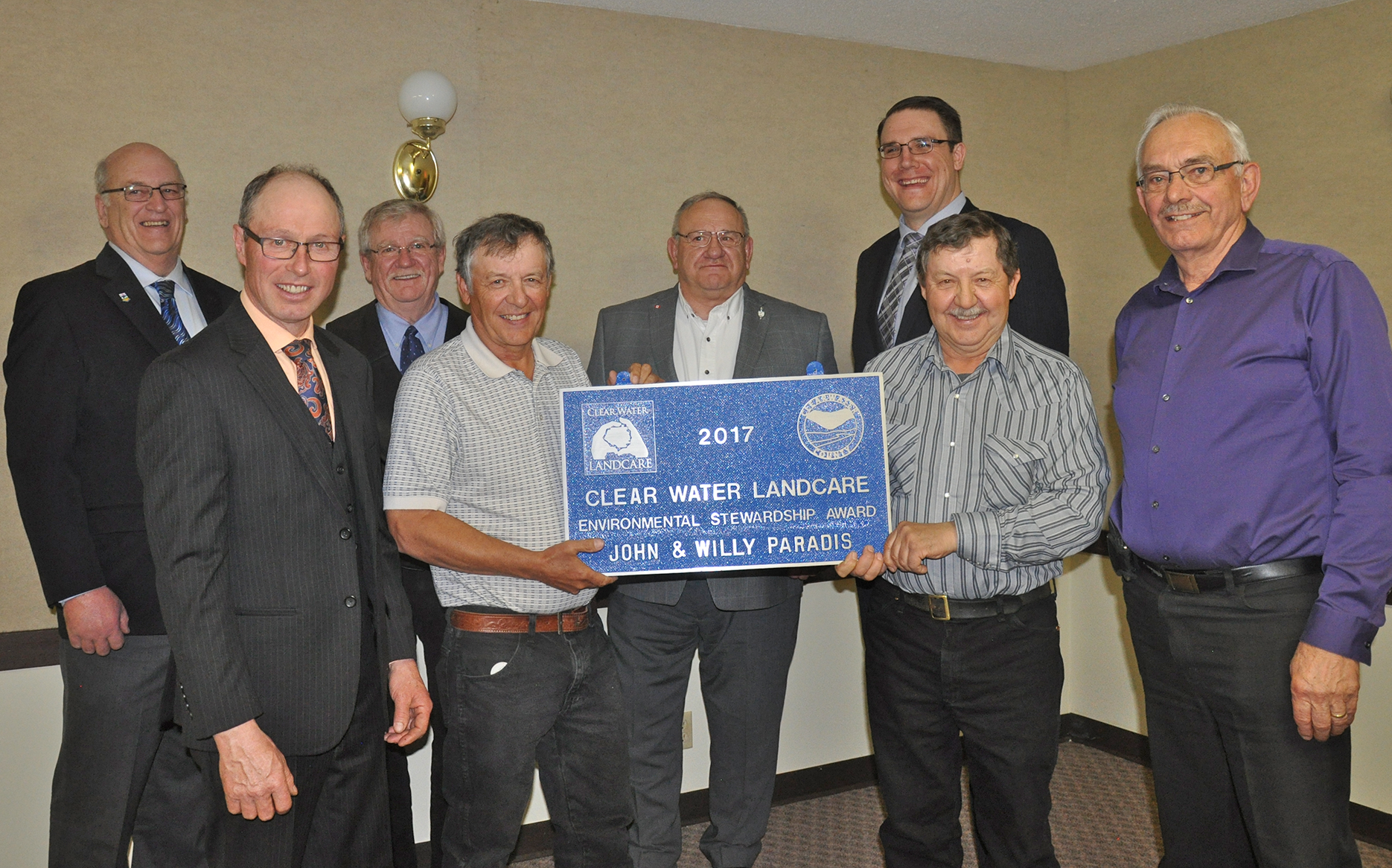 Learn more about my taxes

Find out about road bans

Know if there is a fire ban

Buy a lot in Nordegg